What Is an A-Number?

What Is an A-Number? 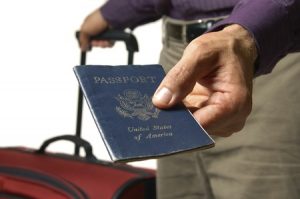 An Alien Registration Number, also known as an A-Number, is a seven- or nine-digit number issued by the U.S. Department of Homeland Security to immigrants who have a green card. Nonimmigrants who are only visiting the United States for a short time do not usually get Alien Registration Numbers. Nonimmigrant groups with work permit forms or other privileges, on the other hand, do.

Where Do I Locate My A-Number?

If you received your permanent resident or green card on or after May 10, 2010, your Alien Registration Number will be on the front, next to your photograph. On older green cards that were issued after 2004 but before 2010, is identified as “A#.”

If you don’t have a green card or a permanent resident authorization, but can produce an employment authorization permit, you’ll need to look for the Client Registration Number under the USCIS case number. It will have the following format: XXX-XXX-XXX. Your A-Number can also be found on your immigration visa in your U.S. passport. It’s on the right side of the passport, just underneath the case number.

The United States Freedom of Information Act (FOIA) allows you to request your Alien Registration Number if you are unable to find it. You’ll need to fill out Form G-639 and submit it to  USCIS, who may take up to eight weeks to process your request.

Green cards, permanent resident cards, and visas are all terms that have been used synonymously, however, it’s critical to understand that there’s no physical A-Number card; rather, the number appears on various immigration documents as well as records for permanent residents and some nonimmigrants.

What Is the Difference Between My A-Number and My USCIS#?

Your USCIS# is one that is assigned to your immigration application and is also known as a receipt number. Your A-Number is a different set number used by the United States government to mark you as a citizen. Your + USCIS# is 13 digits long and always begins with three letters followed by ten numbers. Your Alien Registration Number is seven to nine digits long and is consistent on all of your immigration records. Which number you use for which purpose differs and it can become extremely complex. We  strongly advise you to entrust your immigration application to a qualified lawyer.

Contact the Zavala Law Firm, PLLC today for more information or to schedule a consultation by calling (713) 766-6720.