What Is Birthright Citizenship and How Can I Protect It? 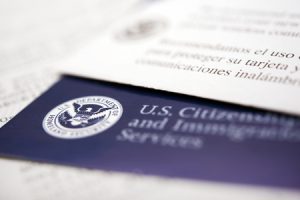 Birthright Citizenship: What You Need To Know

Birthright citizenship is one of the primary motivators for immigration, with the goal being for parents to make a better life for their families by having a child in the United States. There’s nothing wrong with seeking birthright citizenship; in fact, the country’s laws protect it.

Here’s what you need to know about birthright citizenship and what you can do to get legal help when dealing with matters of immigration.

The Basics of Birthright Citizenship

The Fourteenth Amendment of the United States Constitution guarantees that children born in U.S. territory are automatically afforded citizenship. It states:

Is Birthright Citizenship Under Threat?

Despite the Constitution’s confirmation that birthright citizenship is one of the most basic rights to individuals born in America, immigration to the U.S. always has and likely always will be a hot-button political issue.

Unfortunately, many people today disagree with the country’s founding principles of being a safe haven for people of all nationalities. Bills to deny citizenship to children born in the U.S. to illegal immigrants — and sometimes legal immigrants here on a temporary visa — are brought forward for consideration annually.

While the Fourteenth Amendment of the Constitution remains intact at the time of writing, the current divide between Americans and immigrants to the country is growing larger. Even legal immigrants face heavy discrimination and may become victims of hate crimes by those who support barbaric immigration policies.

How to Protect Your Family During Immigration Matters

If you or a family member is facing an immigration issue such as defending birthright citizenship, applying for a visa, becoming a permanent resident, or deportation, it’s important that you have someone on your side. Immigration officials often appear neutral or even supportive of immigration, however, they’re usually working in the interest of keeping immigrants out of the country.

Houston immigration lawyer Eluid Zavala can help advocate for you and protect your rights and best interests under the law. Call now for a consultation at 713-766-6720.