What Are the 4 Types of Immigration Statuses? 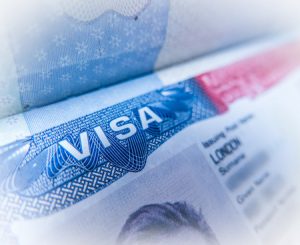 Learn about the four types of immigration statuses and how they may affect you. Find out how to get experienced legal help with immigration in Texas.

An American Citizen, or a Citizen of the United States of America, is either a person who was born on U.S. land, or someone who has been “naturalized.”

A permanent resident, sometimes called a Legal Permanent Resident (LPR) is a person who has been given permission by the U.S. government to live and work in the U.S. permanently. For example, an immigrant that has married an American citizen and has received their green card is considered a permanent resident.

Non-immigrants are people who have been allowed to live and work in the United States on a temporary basis. Often, they don’t have an intention of immigrating or becoming a permanent resident.

For example, students, tourists, and business executives with the proper visas are considered non-immigrants and can reside in America according to the terms of their specific visa. Upon expiry of a non-immigrant visa or violation of its terms, an immigrant’s status will be changed to undocumented.

Get the help you need immigrating to the U.S. legally from experienced Texas immigration lawyer Eluid Zavala. Whether you’re undocumented, your visa has expired, or you’re applying for a green card, we can assist you.

Contact our office to discuss your immigration status and find out what steps you need to take to become a legal American citizen. Call now at 713-766-6720.